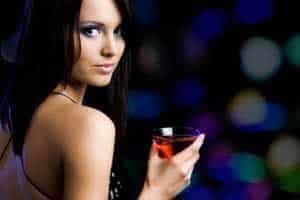 Want to know the #1 Secret to approaching women AND getting a woman to respond to you positively?? (meaning they want you and feel attraction towards you)

The secret is: MINDSET!!!

I know it's not what you were expecting at all but hear me out for a second.

No woman wants to be a approached by a guy who is:

4. Caring too much about what she wants or thinks

5. Thinking he's not good enough for her or coming up with some other belief/excuse as to why he can't approach her.

I can go on and on but you see where I am going with this. Men who have a negative mindset when approaching are instantly labelled as CREEPY by women.

And you don't want to be creepy right?

Because you are not creepy.

You are the furthest thing from creepy.

Your friends and family know that…

But sadly, women that you are approaching don't know that.

I have an exercise to help you eliminate the creep and get the perfect mindset before you start approaching women.

As I said at the beginning of this email, the #1 secret to successful approaching is having a positive, solid MINDSET! And this exercise is going to help you easily get that mindset.

I'm going to call this exercise the Lena Dunham.  She's the creator of the show Girls on HBO.

Why am I calling this exercise the Lena Dunham?
Because that girl is chunky and super awkward BUT because she has a kick ass mindset I don't see any of those things in her.

All I see is awesome, super creative and very successful.

Re-frame how you talk to yourself and how you think about yourself.

This is just 1 of the exercises that you'll find in all my programs and it's great.

If you don't think or talk nicely about yourself, don't expect others to do so.

For the next week, I want you to be in control of what your brain and mouth are telling women about the way you view yourself and the MINDSET that you  have.

To start having a healthy mindset before approaching do the following:
1. Notice when you think or say negative things about yourself or about a situation e.g. I can't approach her. She's too hot. She'll reject me.

2. Re-frame what you think or say e.g. That girl is cute. I'm going to approach her and we'll see what happens.

You can even go to a more positive level and say “That girl better watch out cause I here I come.”

It's just 2 simple steps!!! All you gotta do is catch yourself being “creepy” or having a bad mindset and then laugh to yourself and re-frame it.

Now go try this exercise at least 5 times per day. And I don't want to hear the excuse of “But there aren't people around me to approach”.

#1 – Yes there are and if there aren't there are ways to make them around you.

#2 – STOP MAKING EXCUSES and just do. That is the #2 secret to approaching. The more you do it, the easier it becomes.

Now go do it. And if you want more help with knowing how to approach or what to say once you approach then check out How To Become A Man Women Want. It's a program I created that walks you through every step you need to check off your list to make approaching and talking to women super easy.

Check it out here:

On this page you'll see a video that tells you what to do to make women want and explains more about the program. Now go get a good mindset so that women can start to see you as sexy NOT creepy. 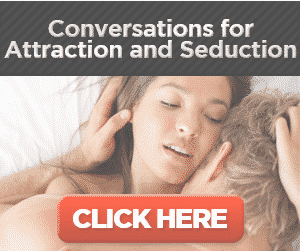