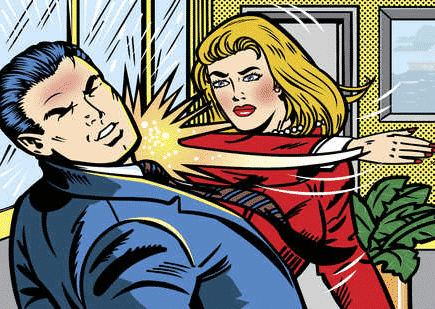 The other day I sent you an email asking you if you could spot the HUGE and common mistake that my email coaching client had made on a recent date.

In case you missed that email you can see the blog version of it here: https://www.winggirlmethod.com/can-you-spot-what-this-guy-did-wrong-with-this-woman-on-their-date/

Just want to be sure you are up to speed 😉

I got a ton of guys emailing me with their thoughts on what he did wrong.  But sadly very few of them were right….  Although there were a few that nailed it.

Most of the responses I got said he should have never allowed her to bring up politics because it's such a sensitive topic.

But the truth is that there is no conversation that is off limits when trying to decide if you have a connection with someone.

If you like politics…. TALK POLITICS.  See how the other person thinks and if you share the same values.

If you have an ex…. TALK ABOUT YOUR EX.

If you have a strange fetish where you like to suck on pinky toes but only when it's really bright out…..

Okay. Maybe there are some conversation that can be delayed.

The thing is that you can talk about anything you like as long you do it the right way!

And that's what this guy didn't do. He didn't talk politics with this woman the RIGHT way.
Instead he talked politics as if he were Trump or Bernie Sanders…. like he was trying to WIN an election instead of simply share opinions.

Big difference and a difference that can either have a woman totally turned on by the way your brain works when discussing heated topics….

Or it can leave you sitting alone in a restaurant when your date decides to leave because she is so repulsed by you.

So what is this good way of talking to women about sensitive topics that leaves them turned on vs. totally turned off?

It's very simple and I even have an easy way for you to remember it.  I call it LCA (Listen, Confirm, Appreciate).

I explain LCA in full detail in section 3 of my program How To Become A Man Women Want but here is what I wrote back to my client.  It includes a quick little example so that you can start using this ASAP.

I'm so sorry that you had this woman act so harshly and storm out on you.  I'm sure it was incredibly annoying after you sternly advised NOT to talk about politics.

From the little tid bits you've shared of your conversation with this woman I can see why she got so upset and left.

I'll be blunt with you.

You're comments, from a woman's POV, were mean.

I know from your POV you were simply sharing your HONEST perspective but this woman saw what you said as disrespectful and just plain mean.

The thing is what we women define as “mean” is very different than what men define as “mean”.
You could make those same comments to a lot of men and they would think nothing of it.
I’m not advising you to hide your opinions and pretend to be someone you are not…
What I am advising is that when you are on a date with a woman and these topics come up, handle your debates with a little more sensitivity and tact.

For example, when she told you her view on taxes you told her that her ideas were stupid and had no merit.

I'm sure you really felt that BUT you could have gotten that same point across in a different way that could have actually got her excited about you… Unless YOU were totally turned off by her political POV.

The better, less “mean” or more female friendly way to say the same thing was “that's an interesting perspective. Can't say I agree with you but I like the way your brain works. From everything I’ve read, I’ve seen a very different side” and then educate her on what you’ve learned.

I know this may seem like BS having to add that fluff into the conversation BUT it will make massive improvements to your communication with women.

Let them know they've been heard and then share your opinion with them.  Play to win for both of you. NOT just you.  Because if you keep playing that way…. you will always end up alone.

His date simply wanted to engage in interesting conversation so that she can learn more about him.  AND she certainly did.

She learned that he is too direct, blunt and stubborn about his beliefs and not able to listen or see her POV.

From my many years of being a woman, I will tell you this…

An man with an open mind that can express his thoughts, POV and opinions WITHOUT belittling mine… IS SUPER SEXY 😉 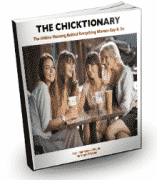 Want to hear more secrets about the way women communicate that can trip you up and make you fail with them?

Click Here To Check out The Chick-Tionary: The Hidden Meaning Behind What Women Say & Do

This manual gives the full run down of ALL THE THINGS women say that confuses men, written in dictionary format and also includes 2 bonus MP3 Interviews with beautiful women revealing what the things they say to men really mean.