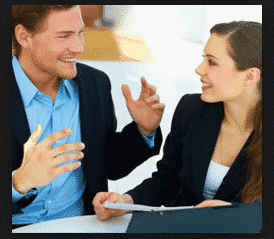 Yesterday I introduced you to The Wing Girl Method's “indirectly direct” method for approaching women, the O.S.A. Method.

If you missed the blog post then you can see Part 1 here:

Or here's a quick recap:

The O.S.A Method is an approach technique that allows you to quickly break into a conversation with a girl while completely removing formalities and taking away the “interviewer” mode of discussion.

Most guys just try to bombard a girl with random questions in an attempt to force their way into a conversation.

And to be honest, super annoying.

By using the O.S.A method, you're completely throwing that out of the window while still being entirely clear in your intent.

It's the best of both worlds which is why I love it so much… and so do women!

I also told you about the first part of the method – Observation.

Without going into too much detail, observation is letting a girl into your reality by making an observation about something in the world around you.

Think of it as being a 5-year old who's curious and intrigued about everything.

It could be an observation about her or just about anything in the environment.

The next part of the O.S.A method is – Sharing.

Sharing is where you add your 2 cents to whatever you made an observation about.

If the observation is giving her a piece of your reality, sharing is letting her come along for the ride.

Girls will subconsciously try to put the pieces together of what you're saying, your body language and your tonality to get an idea of who you are.

And as long as you're sharing, you're pulling into your reality and getting her invested.

This is actually brain-dead easy…

First you follow the first rule of O.S.A where you make a statement about an observation that you've made then you share something personal about it.

You see the girl walking around the mall with the scarf in 90-degree weather.

You're in shorts and a tank-top, and you're still almost suffering a heat stroke.

So you make an observation and follow it up by sharing something personal:

“What the hell? A scarf in this heat? I'm wearing shorts and a tank top and I'm STILL about to pull a Magic Mike because I'm so hot!”

Your body language is relaxed, your gaze is firm and you've got a half-cocked smile on the whole time.

Do you see how effective this part is in reeling her in?

Now she knows something about you.

She knows you're a funny, confident guy who knows about Magic Mike.

Now obviously you don't have to be funny or make a male stripper reference.

But whatever it is that you DO share will give her a puzzle piece in building a painting of who you are.

You've also broken past all of her defenses and injected yourself in the middle of a conversation.

That's why I love little methods like this one.

It's kind of nerdy, but they're so easy to remember which makes it a breeze to apply in real life situations.

Now there's a whole second part to this OSA Method, which I call the LCA Method.

They work hand in hand because while OSA cracks open the door and lets you get a foot in… Once you decide you're interested in a girl, you use the LCA Method, to literally, get her ADDICTED to you.

I could have used any adjective, but addiction is literally what happens in her brain when you use this stuff.

You can learn about it in my program “How To Become A Man Women Want” here:

Anyways, tomorrow I'll be posting the last part of the OSA method …

If you are not already signed up for my newsletters, I suggest signing up so that you don't miss out on the last and final part of the O.S.A Method!