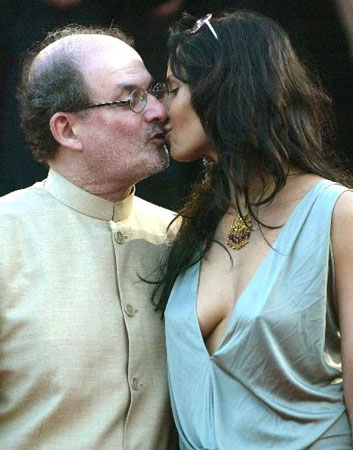 Want to know the #1 Secret To Dating Younger Women?

I get at least 2-3 emails a week from men asking whether or not they can date girls who are younger than them.

I always find this to be such a strange question because there should never be any limitations on who you can and cannot date.

Listen, if the girl is 16 I am obviously going to advise against it but if she is legal and you connect, then I play ball!

The real question I like to throw back at these men is why are you putting boundaries on what you can and cannot do?

The #1 Secret To Dating Younger Women is to stop thinking about what complete strangers (women) want and start going after what you want. The only thing that stops you from getting what you want is your own head. So if you think that a younger women will not be interested in you then she won't be. How could she be?

The way to get rid of this belief is simple. Just throw it out the window and stop letting your insecurity about your age be your crutch or defense mechanism.

I can tell you that I have a lot of female friends who prefer dating older men.  In fact, I happen to be one of them.  In the past I had dated men who have been up to 20 years older than me and am now married to a man that is 10 years my senior.  To be honest at times, the issue of age did come into my mind but quickly disappeared every time.

There was one instance when age did become an issue and that was the time when the guy I was dating became totally fixated and insecure about our difference in age.  It was brought up every 2 weeks and I could tell that he was very uncomfortable with it.  This made me uncomfortable with it and it also annoyed me having to constantly defend my age and the reason we were together. Exhausting and very unattractive.

I thought it would be interesting to interview them and see why they preferred dating older men compared to men their own age.

“Older men are like a breath of fresh air. Most of the men that are my age (26) are not comfortable in their skin yet. They are still figuring themselves out. I did that 3 years ago and am ready to be with someone that is a little more mature, independent and confident.” – Melissa 26

“I like to date men who are in their late 30's – early 40's. They are less headaches and are more open to communicating because they are not worried about looking cool and being macho. Plus they know who they are or are at least closer to getting there then men my own age.” – Jennifer 27

“I have dated younger men and I have dated older men and I definitely prefer dating older men. They are just better. Men who are younger or my age don't really interest me. I find it easier to connect to older men.” – Belinda 35

Remember, you can't turn anyone on if you aren't turning yourself on and doubt mixed with poor self worth will not turn anybody on.

To instantly get more FREE Insider information from me sent directly to your in-box every week fill out your name and email below: