What makes a man unattractive? Well, if you find that you do any of these five things, you must stop as fast as possible, or else it'll ruin your chances with women and make your life miserable in general.

Confident men do not go out into the world expecting that people won't respond well to them or treat them properly. No, they expect positive reception from whoever they interact with.

It could be someone who's a much higher status than them. Someone they're interested in, or just a random stranger at a party. It doesn't matter.

They understand their own value.

That's what they get when they interact with women, no matter how beautiful they anticipate positive reception, they anticipate that she'll listen to them, laugh at their jokes and engage in the conversations. And as a result of those strong anticipations, 99% of the time, that's what happens.

It works like a self-fulfilling prophecy. When we interact with a truly confident guy, we can almost sense how he expects to be treated and how he's used to being treated.

It happens almost subconsciously and we're compelled to treat him like he expects to be treated on the other hand for most guys, the opposite happens. They go out anticipating poor treatment.

If you've ever seen a gorgeous woman that you liked and were attracted to, and you kind of anticipated that she wouldn't like you back before you even spoke to her I bet that interaction went pretty much how you anticipated it would go. What makes a man unattractive can be as simple as a self-fulfilling prophecy. 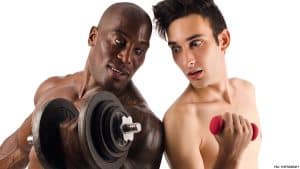 What makes a man unattractive? Comparison.

Guys that get this don't try to compare themselves with other guys.

They know they have their own gifts worth appreciating, just like other guys have theirs. They cherish the fact that they are unique. So they don't feel the need to compare themselves to other men.

This habit of not comparing themselves to other guys is one of the single biggest reasons why confident men stay confident.

They don't obsess over their reputation

This one is incredibly important. The most confident men know who they are. They know their character and they understand that other people's opinions don't affect or change their true self.

Most guys try to micromanage other people's perceptions of them. Especially if they're talking to a girl that they like.

They try to adjust their opinions or their likes and their dislikes and overall behavior to align with the girls.

We girls are naturally gifted at reading a man's behavior and emotional state. We can sense who's just trying to please us and who's actually expressing themselves in an authentic manner. And the pleasers are always the ones we reject immediately. It's like a knee-jerk reaction.

We're instantly turned off by guys who worry so much about their image or their reputation that they focus very hard on managing it. 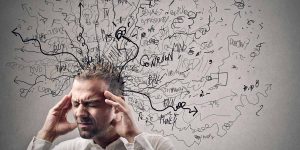 They don't attack themselves

So many guys out there have a tendency to constantly criticize and attack themselves. The conversation doesn't start well and they immediately start blaming themselves. The joke doesn't land. They start thinking that they're lame or they're boring. The girl says no to a date invitation.

And they think, Oh God, they're unworthy and unlovable. These types of self attacks drain their self-esteem and confidence rapidly.

Confident guys on the other hand give themselves the permission to fail and mess up. They simply move on because it's all okay. This lack of self-attack and permission to mess up strengthens their confidence and self-esteem dramatically. It allows them to interact with beautiful women in a very relaxed and carefree way.

And it's definitely one of the most important traits we look for in a man.

They don't hide their interest

This is a huge point that separates the confident men from the rest.

When a confident man is interested in a girl, he lets his interest.

He flirts, teases, touches, and asks her out.

His mindset says, if you want something, you should go for it. And that's what he does. This attitude is extremely attractive and totally arousing to us girls. We want a man to show us that he is interested in us, that he desires to be with us.

Once we feel a strong chemistry with you and those intense emotions rejecting you is nearly impossible.

Her body won't allow it. Instead, she'll be craving to escalate with you to the next level, whether that's going for a kiss going on a date or go into the bedroom, she'll be yours to take no objections, no rejections.

Now, you may be thinking how do I flirt like that?

You follow the three-step flirting formula, which I reveal in this video I shot some time ago.

This formula I'm talking about took 10 years to develop and has been tested on over 5,000 women to make sure it's absolutely bulletproof.

Not only that but now over 25,000 of my clients are using it regularly to attract women. And you'll forever stop guessing what makes a man unattractive… because you'll never have to wonder again.

They couldn't even dream of dating before in plain English, this formula works like magic. It ignites massive sexual chemistry between you and any girl you like within a matter of seconds.

And it makes the girl super eager to escalate with you to the next level. So eager that it's almost impossible for her to even think of rejecting you.

If you want to know more about this formula, it's easy to do

Go watch this short video where I reveal all you need to know about this powerful flirting formula.