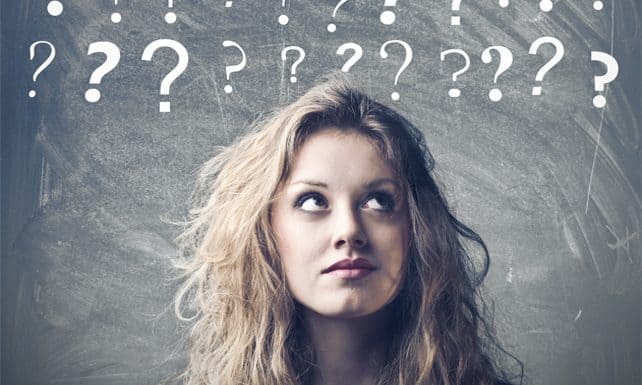 There is something I see men do all the time that totally kills their chances with women. It's something that immediately takes their power away and makes them appear less desirable in her eyes… And it has to do with asking questions. Let me show you what I mean:

Do you know what one of the biggest mistakes is that most men make with women? It’s seeking our approval and permission on each step of the attraction and seduction process. That’s because it’s your job to play the masculine role and lead things where you want them to go.

We’re turned on by men who take charge and know how to make things happen… While we’re automatically turned off by guys who don’t have the confidence to go for what they want.

And a lot of the guys who come to me for coaching fall into the latter category. They’re nice guys who want to be respectful towards women and make sure we’re comfortable with everything they do. While their intentions are good, it doesn’t do anything to create attraction.

Because as women, we don’t want to be responsible for telling you how to do your job as a man. We want you to be able to pick up on the signals we’re sending you and act accordingly.

This is the one thing that a client of mine recently changed, and it’s paying off big time.

Just the other night, he was out with a woman and things weren’t going great. He could feel the attraction slipping away more and more as the night went on.

He tried asking her a bunch of times if she wanted to dance, and she kept saying no. But then he remembered what I told him about not seeking permission.

This time, he took her hand and led her to the dance floor and said, “C’mon, we’re going to dance”. It might seem like a subtle difference, but in reality it’s like night and day from a woman’s perspective.

And here is what happened in his own words after he took charge like this:

“Well, that sealed the deal, the green lights were on and I could tell she was into me again. She let me drive her home and I immediately went in for the kiss which resulted in a make out session in the car!”

Just that one instance of taking the lead and being a man was enough to rebuild her attraction for him. This same principle applies to everything you do, right from the moment you first approach her. Here are a few examples of permission seeking behavior at various different stages:

What these type of questions do is ask for her approval before you do what you want to do.

But men who are confident, successful and leaders don’t ask for anyone’s approval before pursuing their goals. They go for what they want, and aren’t going to apologize for it. Now, this doesn’t mean that you ignore what women want either. And I’m not suggesting that you do anything inappropriate or offensive.

Like I mentioned before, we want guys to be able to read the situation and understand what to do next… without having to be told. It’s sexy when a man can sense the moment that we want to be kissed… And then build the tension by holding strong eye contact, giving us a knowing smirk, and pulling us in while confidently kissing us.

It’s not sexy when he breaks all that tension by asking if it’s okay to kiss us. It kills the moment and the anticipation.

So from now on, start looking for ways that you can take charge more of your conversations with women. It’s better to assume she’s attracted to you and act accordingly, rather than checking with her before everything you do.

This makes a huge difference in whether women want to hook up with you, or pretend they never even met you.

However, this is just one part of the picture.

If you want the complete picture on what it takes to be the man we go crazy for, then you need to go and check out this step-by-step blueprint. 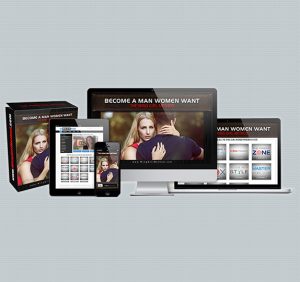