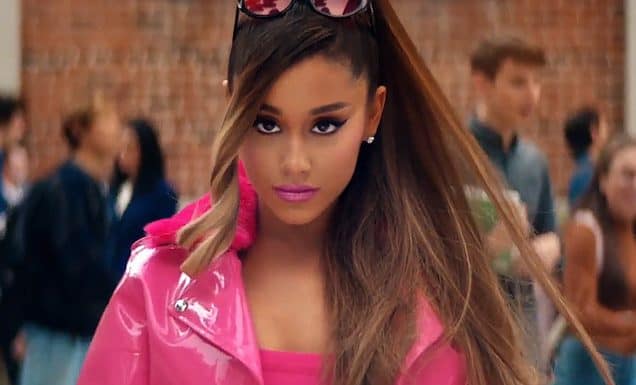 There is yet another new dating term that has gone viral across social media. This time it’s “Grande-ing”, coined after the singer Ariana Grande. What exactly is Grande-ing? It’s when you handle a breakup with someone with maturity and focus on the positives from your experience with them. And it’s named after Grande because of her hit song Thank U, Next where she shows gratitude for all of her exes, featuring the line “I’m so f*cking grateful for my ex”. How can this concept help you? Let me explain…

When you take this positive approach to dealing with a breakup, not only will it make you feel better about it all… It’ll also help you be more attractive to other women that you meet.

That’s because it’s refreshing when we meet a guy who isn’t jaded and bitter about dating because of past experiences. Especially these days, there’s so many men online spewing vitriol towards women in general…

Because they can’t get past their own hurt feelings around a relationship that didn’t work out. And this goes both ways, too. I’m sure you wouldn’t find it attractive when a woman talks trash about her exes nonstop and comes across like a man-hating feminazi, right?

If you were smart, it’d set off red flags that she’s probably difficult to be in a relationship with. So when you make snide or sarcastic remarks about your exes, it has the same effect on us… And in most cases, you’ll actually make us think the problem was with you, not your ex.

Even if it was a situation where your ex was clearly in the wrong, such as if she cheated on you, it’s still not attractive to hear you rant about that… Plus, it’ll only make us question why she felt the need to cheat on you in the first place. Instead, if the topic of exes comes up, use the Grande-ing approach.

Don’t go overboard with praise for your ex to the point where it seems like you’re still in love with her… But keep it mostly positive and show that while the relationship was a great experience, it had run its course and you’re ready to move on. You don’t need to go into specifics or attribute blame to anyone. The details aren’t nearly as important as your attitude and mindset.

Because when we can see that you don’t have a ton of emotional baggage weighing you down… We don’t have to worry about you bringing all that baggage with you into a new relationship i.e. with us if we start dating. And that’s a real concern that many women have.

If you’ve been burned by a woman (or women) before, we don’t want to feel like we’ll have to pay the price.

Let me give you an example of what I mean by that.

One of my girlfriends, Amanda, recently broke up with a guy. And the reason was because he couldn’t get over his belief that all women are gold diggers. Apparently one of his exes expected him to spend a lot of money on her, which caused resentment and led to them breaking up. But instead of seeing that behavior as specific to that woman, he carried it with him into future relationships.

So when Amanda mentioned anything that involved spending money… Such as going out to a restaurant, a romantic weekend getaway, or attending a concert… It triggered him, and he’d get upset and act like she was only interested in his money. When the truth was, she simply wanted to do things with him, and had no issues with paying for herself.

But because of his past experience with his ex, he couldn’t see things objectively. The story he was telling himself was that all women are gold diggers, and he’d twist things around to support that narrative. Amanda realized it would always be a source of conflict between them, and broke up with him because of it.

Now, it doesn’t have to just be about money.

Imagine you were dating a woman, and one of her exes cheated on her. Now everytime you so much as look at another woman, she gets angry and accuses you of wanting to sleep with her.

You’d feel like you were being judged based on something her ex did that had nothing to do with you. Nobody wants to have to deal with that, which is why the idea of Grande-ing is so powerful. So if you feel like you have any resentment or bitterness towards an ex, I definitely encourage you to try this out. It can make a tremendous difference for you.

Another thing worth trying out that’ll make a tremendous difference in your dating life is the Wing Girl Method Vault. You’ll discover the best of the best mindsets, tactics and techniques from the Wing Girl team as well as the handful of expert dating gurus I personally vouch for.

You won’t find this info anywhere else, and right now you can get inside my vault and get your hands on all of my stuff. 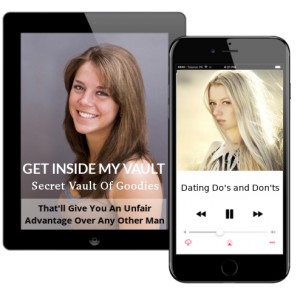