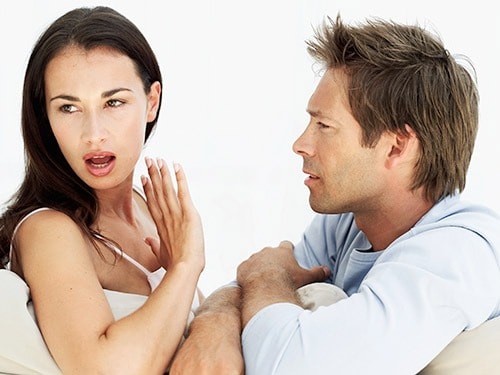 Men ask me all the time about what is sexy to a woman vs. creepy. They want to act sexy in order to attract a woman, but they don't know how to do it without making her want to run in the other direction. I tell them that there are 3 key things they have to do, and they can learn them all from 1 billion dollar industry…

Do you ever find yourself wishing you could be more sexual around women… But you’re worried your attempts to do so may come off as creepy? If so, I get it. Over the past couple of years this has become a much more common concern for men. And truth be told, I think it’s great that men are becoming a lot more self aware that this is in fact a real issue… Because in many cases, men DO come off as creepy instead of sexy. That’s why I want to explain the difference here… and give you the tools you need to stir up intense sexual desire in any woman, and never again worry if you’re being creepy.

So let’s explore 3 common mistakes I see guys making all the time, that usually lead to us wanting to run away from you.

Going off too early isn’t just a problem in bed… it’s also an issue that can prevent you ending up there. When you start talking about sex right off the bat, it can make you look desperate… Like someone begging for spare change on the street. There’s nothing sexy to women when things start with sex. We need some time for tension to build so we can get properly turned on.

While we’re on the subject of romance novels, it’s worth noting the language used. What you’ll see is a lot of innuendo and implicitly hinting at sex without spelling it out directly. That’s because we like subtlety when it comes to sexualizing things. We’d much rather be teased and tempted by the tantalizing thoughts that dance through our imagination… Rather than slapped in the face with your combination of curse words and which body parts you’d like to stick where.

Subtle is sexy. Crude is creepy.

So if you can place dirty thoughts inside our mind without directly saying anything dirty… then we’ll be curious what else you might place inside us.

Let’s take a simple question like, “Where’s the riskiest place you’ve ever had sex?” If a man asks this questions with a smile and a devil-may-care attitude, it’ll usually get a good response. It’s kind of naughty and can lead to a steamy conversation, but doesn’t come off as rude or weird. Yet if he asked the same question with no hint of a smile and an intense stare… chances are it’ll creep us out.

Because instead of it being a playful and fun topic of conversation, it comes across more like you’ve got a freaky fetish.

Look, sex is meant to be fun. If you can’t even have fun when discussing it, we’ll imagine it’s the same when you’re actually having it. (And we won’t want to be there to find out.)

Now, what do these 3 mistakes all have in common?

They all violate the rules of good flirting!

And by good flirting, I mean flirting that produces actual results for you. (Like a steady stream of women wanting to date and sleep with you.) Flirting should build sexual tension and anticipation.

We should be on the edge of our metaphorical seat, wanting more and desperate to see what happens next.

And when you use this simple but deadly F Formula, that’s exactly what you’ll achieve. This is the key to creating fun, flirtatious, attractive conversations with women that naturally lead to getting physical. Without it, you’ll always face an uphill battle to create the kind of sexual chemistry that we crave with a man.

So go check it out right here and discover everything that’s included in the F Formula. 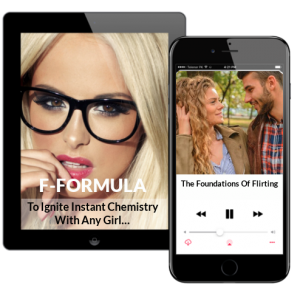