Did you know that online dating sites have fake profiles on them? Did you also know you can easily learn how to spot a fake dating profile and avoid them like the plague?

I was kind of joking with that question because I’m pretty sure you are well aware of the fact that online dating platforms and apps are a magical playground for scammers and scumbags who want to take advantage of people.

Maybe you’ve even experienced it yourself and I’m so sorry for that.

Had you had the information I’m about to share with you in this video, maybe that pain could have been avoided.

The good news is there are a few red flags that are easy to spot.

And once you know what to look for, you’ll avoid getting sucked in.

I'm going to share with you 5 ways to spot a scammer when dating online and using dating apps.

So here are 5 things to look for that should set off your alarm bells and tell you how to spot a fake dating profile. 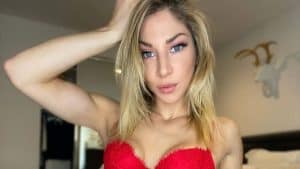 She includes a phone number in her profile

For women, the big appeal of apps like Tinder and Bumble is we can avoid getting bombarded with messages from guys we’re not interested in.

So if you see a profile where she slips in her cell number and tells you to text her, it’s guaranteed to be fake.

The reality is it’s someone collecting phone numbers that they’ll usually try and sell to spammers.

It’s pretty common that women (particularly those under 25) will include their Instagram profile. Nothing to be suspicious of there.

But if she mentions she’s never on Tinder and tells you to message her on IG, it’s highly likely she just wants more followers.

Especially if it’s a premium account, it’s usually to try and sell you adult photos and videos.

Only has one photo or blurred photos

Most women have tons of photos of themselves. So if you see a profile with only one photo, it’s a little strange.

Similarly, if all of the photos look a little blurry or pixelated it’s a red flag.

Often it’s someone using screen captures of a woman’s photos they’ve come across, pretending to be her.

In some cases, they may be doing it for attention and a thrill but it could also be more sinister, where they’ll attempt to lure guys into a fake relationship and ultimately ask for money.

If you’re unsure, it’s fine to ask to see another photo. If she gets defensive or simply refuses, it’s probably a fake.

I’ve seen a message that’s going around at the moment that says, “Hey (name), I’ve just moved to the area so please excuse me if I come across as awkward… can you tell me about yourself?”

I promise you no woman is going to write a message like that.

It sounds completely unnatural to how real people actually talk.

And why would someone come off as awkward just because they’ve moved to a new area?

So be on the lookout for any type of message that sounds artificial or weird. 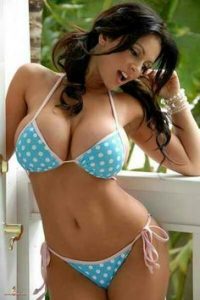 Most women don’t go out of their way to portray themselves as sexually promiscuous — especially to guys, they’re interested in dating.

So a profile where every picture is incredibly revealing or sexually suggestive is a little suspicious.

Same with the text for the profile description.

But more often than not it’s a woman who’s wanting to get more likes and followers on her social media.

If you do get a match and then she starts sending you explicit messages, proceed with caution.

Or even entice you into sending explicit photos or videos that they’ll turn around and use to blackmail you.

I’m not telling you this to scare you. I just want you to be fully aware of the realities out there so that you stay safe.

So if you come across a profile with any of these — and especially more than one — there’s a good chance it’s not a woman who’s serious about finding guys to date.

Of course, there are always exceptions, so use your own judgment and common sense too.

Now, I want to brighten it up by telling you there are Millions and Millions of real live, quality, authentic, beautiful women using online dating sites and apps right now.

The advice I shared here is to help you avoid wasting your time on the fakes and giving your time and energy to REAL awesome women.

If you want to drastically improve your online dating results and guarantee that when you do find a good woman online that you know what to do and how to do it, then I highly suggest checking out my new online dating program.

All you have to do is to winggirlmethod.com/onlinedatingmadeeasy

When you click that link it will take you to a page where you can watch a 9-minute video on how to write opening messages that get replies.

That information alone, which I have available to you for free is priceless.

Go check out the program now by going to winggirlmethod.com/onlinedatingmadeeasy

And by this time tomorrow, you could have a cute girl in your inbox just wanting to say “hello.” 😉