Let's decipher if you are a NICE guy and if you ARE then I'm going to teach you how to stop being a nice guy now and instantly boost your attractiveness.

Even though this is something I’ve talked about a lot…

A lot of guys simply don’t realize that they’re coming off as the unattractive nice guy when talking to women.

That’s why I want to share a few telltale signs that women might see you as the nice guy without you even knowing. 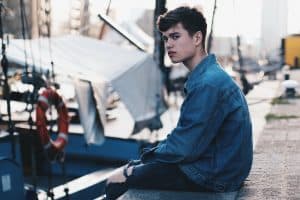 Nice guys usually have this notion that the less sexually experienced a woman is, the better.

What if she has slept with a certain number of men… or experimented with her sexuality… then it means she’s a bad person or less valuable.

If a guy has that kind of outdated thinking it usually reveals him as an unattractive nice guy.

The nice guy doesn’t have a lot of sexual options with women. Therefore he can feel threatened by a woman who has a lot more sexual experience than he does.

He may feel like he won’t be able to satisfy her… or that she’ll cheat on him with another guy.

So guys like this usually try and sexually shame women as a way to gain control over them.

They act like they’re taking the moral high road when really they’re being motivated by their own inadequacies.

Confident men however aren’t threatened by a woman’s sexuality. They could care less if she’s slept with 5 men… or 50.

So if you have this judgemental mindset, I encourage you to examine where it’s coming from.

It’s 2020 now, so accept the fact that women are allowed to enjoy sex just as much as men are.

And even if a woman is more sexually experienced than you, it’s not something you need to be threatened by (just like if she makes more money than you.)

Nice guys often go out of their way to pick up the tab for women they like.

But if they don’t “get” anything in return, they’ll fume or even throw a tantrum about how women take advantage of them.

The point here isn’t about who should pay (I’ve talked about this before, and there are plenty of fun dates you can do that cost nothing)…

It’s the fact that the guy is only putting on an act because he believes it’ll get him what he wants.

This is manipulative and dishonest, and just one example of why “nice” guys are not so nice at all.

It’s also kind of ironic that the nice guys who get triggered by women’s sexuality (see #1 above)… also think they can buy it if they pay for dinner and a few drinks. 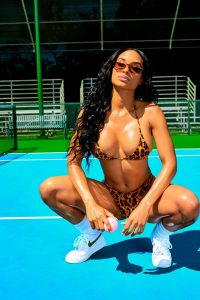 How to stop being a nice guy: stop trying to please women

This is another type of behavior that seems nice but is actually manipulative.

A lot of guys do things to try and please a woman not because they really want to, but because they think it’ll help them score points.

It might be doing her a favor you’d rather not do… or agreeing with her opinion when you really think the opposite… or anything else that you think will make her like you more.

Now, don’t get me wrong.

There’s nothing wrong with doing something nice for a woman because you genuinely want to do it.

But if you’re expecting something in return, that’s what makes it manipulative and unattractive.

You should never sacrifice who you are and what you believe to try and please someone else.

Now, these are just 3 common traits of the unattractive nice guy.

Now that you know how to stop being a nice guy… And when you eliminate these things that nice guys do you'll automatically be a more desirable man.

However, if you want to get the complete picture on how to become the kind of man that women can’t resist, you need to click here and check out this special training.