Is she flirting or is she just being friendly? Sometimes it's really hard to tell and in today's climate you DO NOT want to misread signals.

Let me take a step back for a second….

Has this ever happened to you?

You’ve been hanging out with a girl, you like her, and you think she likes you. Then one day you make a move and she tells you she views your relationship as a friendly rather than romantic one.
You’re blindsided! Your ego is bruised! You wonder how you could have gotten this wrong!

What happened was you misread the signs the woman was giving you.

And it’s not your fault at all.

Because the signals a female may give are super subtle and very hard to pick up on and it may not always be so obvious when she likes you and when she likes some other guy and is just being nice and friendly.
That’s why I asked my new Wing Girl, Marissa, to tell you how to tell if she wants you vs. just wants to be friends, because a female won’t always tell you if they’re not interested because they are trying to be nice.

Marissa is awesome! She’s blond, she’s single, she has coworkers flirting with her all the time and I guarantee you would want to date her if you saw her.

Who better to get advice from than a woman like her right?

FLIRTY OR FRIENDLY:
HOW TO TELL IF SHE WANTS YOU OR JUST WANTS TO BE YOUR FRIEND
CLICK HERE TO LEARN

By Marissa Madsen from the 20s vs 30s webisodes

I totally get how a man can be baffled when it comes to women. We’re pretty damn confusing.  When are we flirting vs. just being friendly?

A couple of really important things for you to know when learning how to tell if a coworker likes you or is just being friendly are:

1. Women can flirt with you and give you signals even if they are not interested in anything more from you

2. Women actually believe that a male coworker who has a crush on a female coworker can be friendly. Which means that you may have the intention of approaching her because you want to date/sleep/be with her, but she’s simply interested in being friendly with you, her coworker. Just because she LIKES you doesn’t mean she’s ATTRACTED to you.

When a girl who likes you is flirting with you and is interested in you, she’ll be “extra” nice and friendly: Extra long eye contact, extra touches, she’ll try to get into long conversations or find excuses to hang out with you alone outside of the office to show you she’s nice.

She’ll find ways to show you she’s open to something MORE. For example, agreeing to your suggested plans or responding to your texts/calls promptly with more than a “Lol” or “ha”.

If she’s just being friendly, and not flirty, she won’t give you the “extras”, just the “basics”. There won’t be mixed signs, it’ll be clear she likes another male and doesn’t have a crush on you.

She’ll be nice, even physically affectionate, she’ll hang with you on her terms… but that’s it.

Also, if a girl isn’t flirting with you it but thinks you ARE flirting with her, she’ll give you LESS than the basics, and be less than friendly, to make sure you get the message that you are not the one she likes and that she’s not flirting with you. She’ll be polite, maybe even proper with you. She’ll give you platonic hugs or even hold off from touching you. She won’t try to get you alone outside of the office, or anywhere secretly. She may even talk to you about another man she’s interested in, which if nothing else has gotten the message across, should drive the point home.

She’ll give you platonic hugs or even hold off from touching you just to remind you she isn’t flirting, and that she views your relationship as a friendly platonic one . She won’t try to get you alone outside of the office, or anywhere secretly. She may even talk to you about another man she’s interested in, which if nothing else has gotten the message across, should drive the point home.

I know you may think that these behaviors are tests, but they are definitely not tests or signs to pursue harder, especially if you guys are coworkers together.

They are signs that she’s not into you.

Now, these are guidelines. Remember that each woman is different and secretly has their own individual BASELINE for how she acts with guys she likes and is interested in dating. You want to get to know her so you can figure out her “baseline”.

If she’s super affectionate with all of her guy friends, a big hug from her is not an indication that she wants you, likes you, or is even flirting with you, even if you are a co worker with her at the office. It just means she is a friendly girl.

If she’s comfortable around her other guy friends, but then gets shy and blushy around just YOU, then you can take that as a sign that you have a certain effect on her and that she isn’t just being friendly with you– that she likes you.

Find out her norm so you can see where you fall on the spectrum compared to how she acts with another co worker.

I recently had a co worker guy friend reveal his feelings for me and tell me he likes me. I was surprised; I thought he could tell by my signs that I wasn’t into him and wasn’t flirting with him!

I even suspected that he was attracted to me, so I tried extra hard to get the message across… giving him less than the basics.  But still, he told me he likes me because was sure there was something between us: Because of how I connect with him in conversation, how much I enjoy hanging out with him, how I’m so sweet to him and laugh at all his jokes… He thought I was flirting with him.

Not only did my friend not pay attention to my baseline (I laugh at a lot of people’s jokes…), he had a serious case of tunnel vision.

He only took what he wanted from our interactions, never paying attention to my signs: I didn’t make plans with him alone, I would tell him about other guys I was into, I didn’t give him extra affection, and I even flirted with another co worker right in front of him… the list goes on and on.

By being a worker and learning the signs that women give you for when they’re flirting, getting out of your tunnel vision and being aware of her baseline, you will have the upper hand in avoiding these sticky situations. STOP wasting time on someone who doesn’t want you.

Be a savvy sign-reader and you’ll find someone who DOES.

I wanna make sure you know EXACTLY how to push ALL her hot buttons…Be a diligent worker, so that you not only get her “in the mood”…but you also get her ripping off your clothes, dragging you to bed, and screaming over the best sex of her LIFE

I’ve created an unedited, uncensored, EXTREMELY DETAILED recording of myself and Darrah talking about what we want sexually from men. 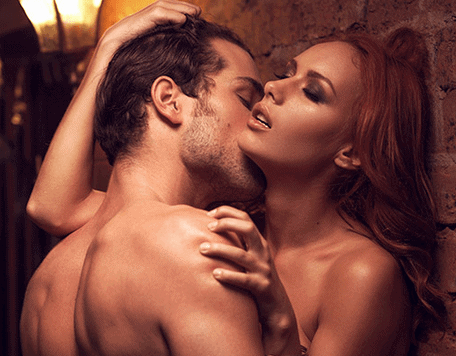 Here are just a few things we cover:

Discover how to make any woman go crazy in the bedroom so that she can't even think of another man and only wants you!

Want to learn the 13 Signs Women give that tell you it’s on???