Is your brain killing your chances with women? See, most men have a huge problem inside their minds. A problem that forces them to repel women without even realizing it.

So if you've consumed all the dating advice that you can. Learned all the pickup lines and tricks and to be more interesting and great ways to flirt with girls, yet, you're somehow still unable to attract the women that you want, chances are it's your brain. It's your mindset. The mindset that is driving women away and keeping you dateless.

So bear with me for a second because I know you're about to click away but unless you fix your mindset, there's no trick or tactic in the world that can get you the women you want. That's why you have to read this article carefully because I'm about to share exactly what is wrong with your mindset at this very moment and how to fix this mindset.

How it's killing your chances with women without even realizing it and how one simple exercise can change your mindset and make you more attractive almost instantly. So pay attention, take notes, and read till the very end. Trust me, it's going to be worth your time. It's pretty awesome.

So first of all, let me tell you how I came across this mindset problem that most guys have. So in my private coaching group, I work with guys personally to improve their dating lives. Really, their lives overall. And during that process, I always ask guys to do two important exercises and this is generally at the start of the process.

One of the first exercises is called a brain dump and it is a brain dump. Without going into much detail, what I  basically tell them is to write down all of their thoughts, and all their beliefs around the topic of women, dating, and themselves without filtering it.

Just dump it whatever comes to their mind should be captured on paper. Just dump out all your thoughts and beliefs and don't hold anything back. It's simple. It takes 10 minutes or less.

So I want to see what your brain tells you when you're in action. What that self-talk is like now? What is the point
of these two exercises? Well, it's simple. If I want to help a guy attract more women, I need to change his old behaviors, habits, and thoughts. To change his behavior and habits and thoughts, I need to change the way
he thinks and sees himself, sees the world. And to do that, I need to first get an idea of what his mindset is currently like.

And once I know, I can start incorporating change and helping him change. As his mindset shifts, his behavior follows. And with a change in behavior, comes a change in his results with women. It's literally like reprogramming a computer which is crazy. 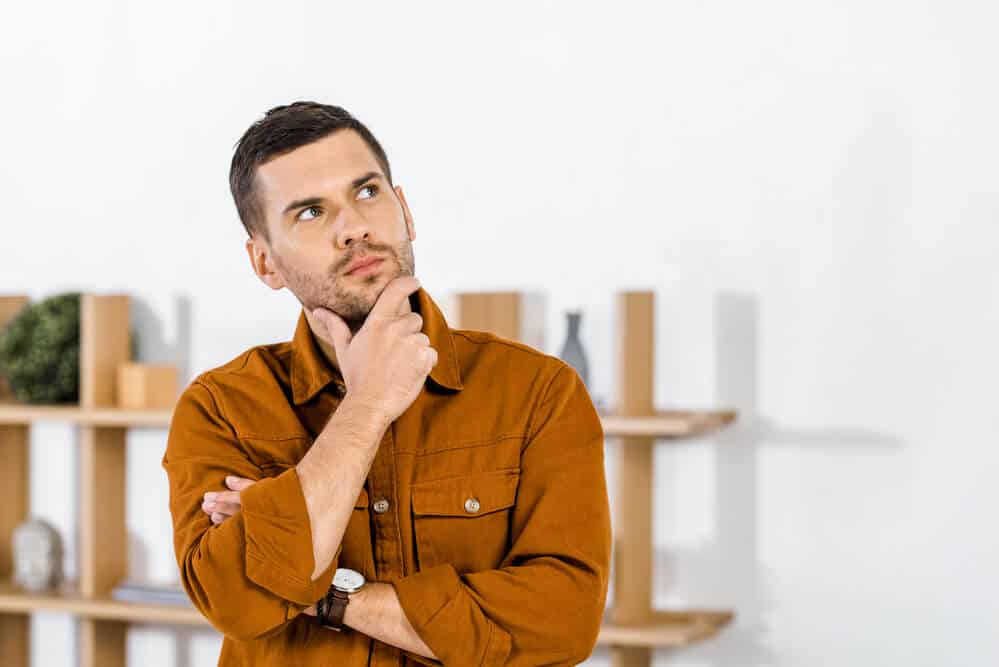 But before you know it, the same guy who was terrified of talking to an attractive stranger is now getting more phone numbers and dates than he can handle. And that's what happens when you start the process of change at the mindset level. Your mindset is not good. Nothing's gonna work.

But anyways, I'm digressing. What I wanted to say was after the guys do these two exercises, they send me the documents with their written dumps, right? And I've had hundreds of thousands of guys do this and send all this crap to me.

So I've seen a lot of data and what I've noticed is this. Most of the thoughts guys have around women and then women and dating are self-deprecating, self-damaging, and self-sabotaging in nature. I see things like:

They are awful things that come out of these guys, right? I can go on and on but you get the point. The pattern is a simple one. It's “I” followed by something discouraging that you're constantly reinforcing to yourself. Something that puts you down.

Now there's nothing surprising about this but if you're anxious around women and find it difficult to talk to them, you probably have similar thoughts as well going on in the background. The problem is what happens when you keep repeating these thoughts without any skepticism or without stopping them and what happens is that it becomes your truth, your reality. This is where you live.

So for example, let's take that thought: “I'm never gonna meet a girl who really wants me.”

If you keep repeating this to yourself, it becomes your truth. Your brain like literally buys into this belief because you've said it for so long and for so many times. Now every time you have an opportunity to interact with a girl your brain will make you anxious. So you don't engage with her. You don't flirt with her and don't attract her. After all, why bother? She's never gonna like you anyway. So it's trying to protect you. Why get hurt?

That's how your brain thinks. Your brain is there to protect you. Protect you from the pain of rejection and it makes you anxious or it makes you act in ways that repel the girl before anything can happen. So do you see what's happening here? Do you see how this process can harm you and how it's not even your fault? None of this is your fault because it's all in your subconscious. 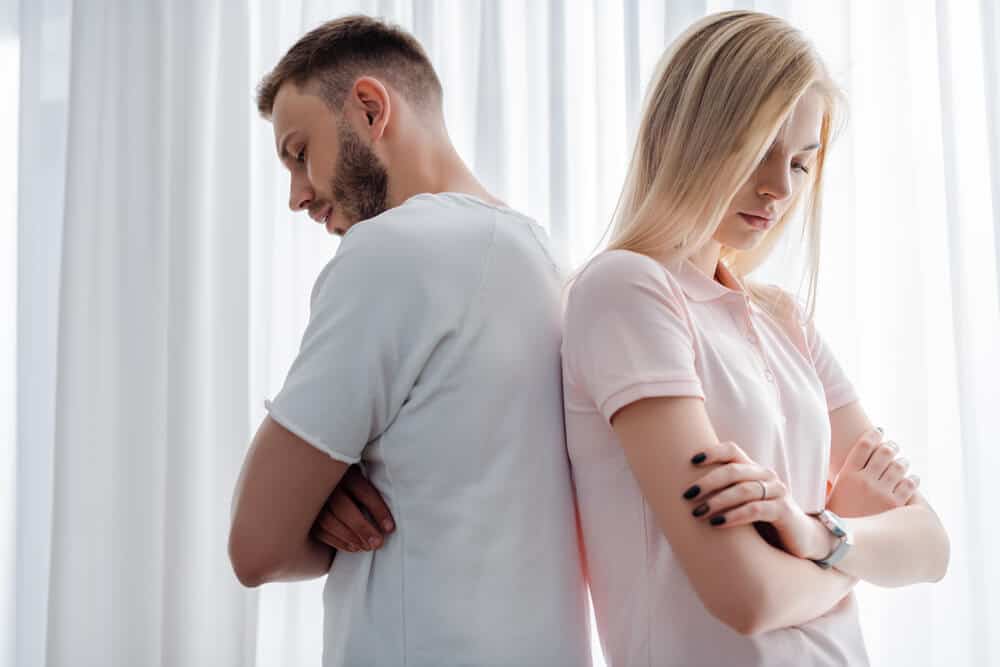 So first, you have a negative thought about yourself, then your brain buys into those thoughts, and then to protect you
from the pain of rejection or anything else, it creates behaviors that make you avoid or repel women.

So if I had to put it in one sentence, I would say a negative mindset activates defense mechanisms that kills your chances with women. Self-sabotage. Now I know what you're thinking. What's the solution, right?

I mean there is a solution. How do you get rid of this negative mindset? This mindset puts you down. Well, the truth is that it takes time and there are multiple things you can do. However, there's one simple exercise that you can do to jump-start the process of changing this mindset. Actually, there are three.

Here's how it works. First of all, you need to go through the brain dump exercise and then notice your gremlin and exercise. So you know what this stuff is saying to you. You need to jot down your negative beliefs and you need to be aware of what you're telling yourself. You need to be able to see them in front of you.

Once that's done, here's what you do. You pretend to be your own lawyer and ask yourself the question. Can I prove this in court? So then, it's time for you to defend yourself against these self-deprecating accusations that have been laid out upon you by the gremlins in your head.

So you've got all the dump of the emotions and the thing that's going on subconsciously. Now you're logically going to see if it's right or wrong. So your job is to look at each of these negative thoughts and prove it wrong. Prove it wrong in court.

So for instance, let's go back to that thought again: “I will never meet a girl who wants me or who loves me or who can care about me.”

How would you go about disproving this in front of a jury? If you've dated girls in the past that could be exhibited. Maybe you look at the world around you. Look how so many normal guys like you have beautiful girls who love them. Maybe you question the very basis of that argument made by the gremlin.

How did you come to the conclusion that you'll never meet a girl who wants you? Why is that true? How many interactions did you have where you genuinely took a shot with a girl? Do you see where I'm going? Is there enough data to reach that exact conclusion?

Most guys get rejected by a girl or two a week and they think they'll never meet a girl who likes them. How crazy is that? There are billions of women in the world and you think not even one will want you. Seriously, is that even possible?

Now, let's say for argument's sake that you're really at the bottom of the barrel right now. And maybe you're the most unattractive guy on the planet which is obviously not true but let's just pretend because that's the way that you see yourself.

What if you worked on yourself? Improved yourself, improved your behavior, and made yourself more attractive like because you had a style consult spiffy you up. What if like any other skill you develop the skill of talking to women in an attractive way, would you still not get a single girl to like you? Isn't that like going to the gym, working out regularly, and still not seeing any results? Is that even possible?

You see what I'm doing here. I'm giving the jury reasons to not buy into this gremlins idea and it's kind of a fun exercise. If you do it yourself and try to disprove every negative thought your inner gremlin comes up with, you're gonna see an instant boost in your level of confidence and self-esteem.

So I recommend you do this a couple of times because the gremlins in your brain will keep coming up with those same negative thoughts over and over and over again. And they've been there for a long time telling you the same story.

So it relies on repetition to get your brain to believe things. That's why you have to respond with your own arguments over and over and over again. Your logical brain has to kick in. So after a couple of times, you'll see that the gremlins
started to shut up, right?

So if that interests you which I think it should, Click here and have a look at it because thousands and thousands of guys have gone through this exact program and have seen a radical shift in their results with women.