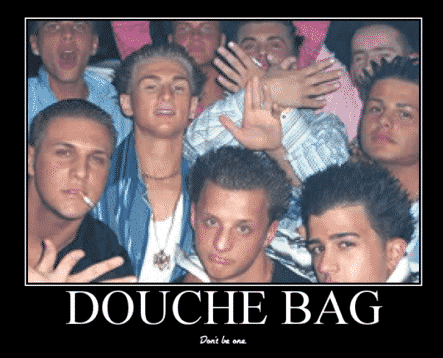 I got an email recently that perturbed me.

It perturbed me because it gave me flashbacks to the many times when I experienced what this guy was asking about BUT from the other end.

I wanted to share it with you because hopefully you are not making the same flirting mistake this guy has been making over and over again.

One that I know A LOT of Pick Up Artist types condone for some silly reason.

As a woman, I know these stupid things DO NOT work and, in fact, infuriate hot, awesome women.

I'm getting ahead of myself.

Here is the email I got so you can read for yourself what this guy was doing.

I've included my response to him and a further explanation.

A lot of the male PUA teachers advocate such things as teasing, C&F ball busting, never giving a direct answer to a question etc. etc.

I understand that being a little “mysterious” is attractive, but have also experienced first-hand women becoming quite hostile with this at their perceived lack of genuineness from you.

I recently experienced this first hand with a young woman I was chatting with on FB.

She thought I was arrogant, sexist and not genuine.

Admittedly I was teasing quite a bit and not answering her questions re: work etc.  Happy to mail you the conversation if you wish…

No need to send me the conversation, cause I can already feel her frustration and I know why she had this reaction.

So here's the deal.

Usually meaning that there are mixed messages being sent by the man. Either his body language does not match his words.

Or his tone is conflicting with his words.

There are multiple ways to show inconsistency but what this indicates to women is there is something that is not genuine about this guy and to be careful.

The other thing we women cannot STAND is when a guy will not answer our questions, especially when asked several times.

Listen, I'm all for mystery and being playful but when a woman sincerely is asking about you, it means she wants to get to know you…

AND if you make that impossible for her, by avoiding her questions using cheeky side stepping responses…

It signals to the woman that you are hiding something and that you don't really want to connect with her.

I'm not saying that you have to forthcoming about every question a woman asks you because I know some questions we ask can be a little much BUT answer some questions and don't always try to be playful and mysterious.

So if a woman asks you what you do for a living you can start off by saying something like “If I told you, I'd have to kill you…”  or “I'm an astronaut” or something playful and you can play on that for a few banters back and forth.

But then, it's always a good idea to eventually reveal the truth. “I'm messing with you. I'm an X….” and then share a little about that.

The tactic of never answering a woman's question and always answering it with a question is something that just does not work UNLESS you are using it on an insecure girl.

But even then it's still frustrating if it's not done right.

As I write this, I'm picturing the most recent guy who did this to me and I remember thinking “what an arrogant jerk. He seems too scummy to me right now.”

Sorry, but it's true.

Men who continuously do not answer our questions just seem super douchy and sketchy. At least that's how it seems from a woman's perspective.

You can still tease and challenge and be fun but answer questions and ask questions back.

So, here's the add-on that I wanted to include because I can literally picture you doing what R did and I can also picture the woman you are doing it to getting more and more frustrated each time she asks you a question.

I have had many a man do this to me.

For every question, they side step or playfully don't answer, the stronger my urge becomes to punch them in the face. Ha.

All I think is “why are we talking then? I can talk to a wall and get the same out of it.”

You have to remember that when women ask you questions it's so that they can get to know you.

This is for both safety purposes, but they are also looking for ways to connect to you.

If you sidestep every question, she can't connect to you and figure out “who you are and whether or not she wants to date you, friend, you, sleep with you etc…”

Doing this tactic for every 1 in 5 questions can be cute but EVERY question is just useless and not a turn on at all.

If you're not going to actually talk to me, then what are we doing.

Here's a story for you…

10 years ago, I met this guy for the first time at my house.

My friend had brought him over and he used this “tactic” on me.

Side note: women don't ask what you do for a living for superficial reasons. They are trying to get to know you and what you do, can show a lot about who you are.

This guy would NOT answer me and after 3 times I gave up and declared him an A**hole.

2 years later I hired him as my lawyer 😉  Everyone needs a good A**hole in their back pocket but not in their front one if you get what I'm saying.

Now over the past decade of being a Wing Girl, I've interviewed nearly 5,000 women…

I can say with 100% certainty, that almost all of them would agree with what I have said here.

What is the lesson here?

The lesson is that balance is key. And while the mystery is fun and can be very playful…

Refusing to answer a woman's questions is going to land you in the “don't talk to that douche” zone very quickly.

Have fun this weekend and make sure you DO NOT make this mistake.

Then get a copy of How To Become A Man Women Want here:

hey i came across your friend zone vid i was wondering if you can help a brotha out with his situation. cuz i think i might have ruined everything in college became friends with this girl. she’s friendly, hugging, very touchy, pettng my face saying i have a nice face. invites me to hand after class, met her friends. gave me her number without me asking. brushing legs on mine and so forth. even texts me. kiss the cheek etc. even talked to me about her grandma was sick recently and fell. so overall the girl was very comfortable wit… Read more »

A quick, and accurate answer to this question:

A lot of men starting out in pickup assume that giving a straightforward, normal conversational answer to a question or, worse still volunteering information about themselves, is unattractive. In fact sharing yourself in this way is just as magical in eliciting attraction from women as teasing and banter when it’s done right.

The crucial thing is to do both.

sigh. where do I begin with this. I’ve long realised that women do not understand deadpan, dry wit etc without it being made extremely obvious that it is deadpan or dry wit (which kinda contradicts the point of it in the first place). Women are OVERLY tonal communicators. secondly, when you talk about tone and message or body language or message being inconsistent what you are really saying is “beta pretending to be alpha”, being incongruent. what bothers women more is the fear of being sold an alpha thats really beta, not some more general ‘fear’, such as being mugged.… Read more »

To you guys, I wanted to add a little side note to this comment based on my own experience with guys. Boganus is partially correct, women are hard wired to seek men with that ability to be a provider and we can tend to categorize men in the different “zones” based on job. Of course, men do this also..just, in their own ways 😉 However, I will use my current partner as an example. When we first met, he was very withholding of his exact job, and I can understand how the question comes across. As if, the woman might… Read more »