THIS is the dating horror story to end all horror stories. It’s also very instructive and worth the read because it speaks to the mindset you want to adopt when dating. Read THIS and prepare to have your eyes opened.

I wanted to share this story with you that I think you’ll find amusing — as well as a lesson you can learn from it. So this couple in England recently got divorced… after being married for less than 2 months.

Which normally would be pretty surprising. Until you realize that they got married on their first date! But that’s not even the weirdest part.

And flew over to Vegas to elope after barely laying eyes on each other. Now, a lot of people make strange choices when it comes to dating. (Not following my proven system for approaching women comes to mind.)

But I think it’s safe to say marrying a stranger you swiped on is pretty hard to top.

Oh and in case you’re wondering why they broke up, it’s because the woman was still living with two of her ex-boyfriends. It’s amazing the marriage even lasted two months if you ask me!

Now, I have no doubt that YOU won’t be rushing off to marry an online match… But what can you learn from this bizarre story? Well, quite a lot. That’s because it highlights a common problem I see men making all the time.

And that’s becoming infatuated with a woman without even really knowing her. Usually it’s because she’s hot, but it could be any other superficial detail.

This is known as the “halo effect”.

It’s when we make value judgements about a person based off of our own feelings, rather than facts. So you might think that a woman would be perfect for you, based on how she makes you feel. But if you get to know her more, you might find out she’d be a terrible match.

Keep this in mind when you’re meeting women.

Don’t be so easily sold on any particular woman just because of your initial impression. Remember to qualify her and make sure that she meets your standards in other areas. (You do have a set of standards for women you date, right?)

Not only does this help you stop wasting time on women who aren’t right for you… But we also find guys who are discerning like this much more attractive.

And the best part about that? The halo effect works both ways.

So when we feel more attracted to you, we’re much more likely to think you’re a good guy. (Which makes it easier for you to take us out on a date… or even straight back home.) I want you to think of this as more of a mindset than a technique.

But once you internalize it and it becomes part of you, it’ll make a big impact on your results.

And if you’re not easily meeting women right now…

Whether it’s because of fear, not knowing how, or just women not responding positively to you… Then you gotta go and check out The Approach Blueprint. It’s the bible on how to meet women anywhere, simply and effectively, without changing who you are.

Guys who try it out are getting completely different reactions from women, almost overnight. This puts you in the driver’s seat where you feel like you have choice and power with women, not the other way around. 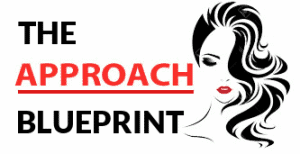 Go here to check it out if you want to know more.