Good Opening Lines That Work On ALL Women

When learning a skill set to approach women, the first part most men focus on is opening lines. This is a great place to start. If you can learn how to approach any woman you see and have at least 2 or 3 minutes of interesting conversation, it builds confidence and opens the door to a whole new world of adventure and fun with women.

There are preliminary skills you should consider learning in order to deliver opening lines effectively. These are:

5 main goals to accomplish with your opening line:

Being intentional when delivering an opening line is important. You want to focus on one of these five goals for your opener to land.

When you become proficient at approaching women, there is a 6th purpose, screening out incompatible women. For now, don't worry about that, just stick to the first five.

After years of research and testing, I've come to the conclusion that pre-planned, scripted openers are the most effective in accomplishing these goals. 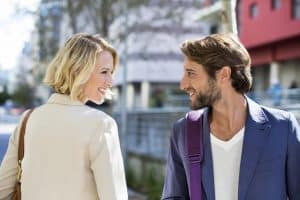 For some men, this idea of being “scripted” may be a hard pill to swallow. We'd all like to believe that we can just walk up to a woman and say “Hi, what's your name?” and have her totally captivated and attracted.

For most men, that's just not the case. If something as simple as that was working for you, you probably wouldn't be reading this.

What women think about “hi, how are you?” as an opening line

I'm not saying that “Hi, how are you?” will never work. I've seen it work here and there for guys who are extremely good looking, charming, or have amazing body language.

However, my goal is to give you strategies that can work for everyone, not just guys who look like models.

So if you are really stuck on the idea of walking up to women and saying “hi there” go right ahead and try it out. As you know, I'm a big advocate for “going for it”. That said… 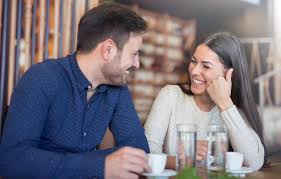 Women like men who can make them laugh, so think of yourself as a stand-up comedian. A comedian doesn't get up on stage and talk off the top of their head. He plans ahead and prepares the best possible material.

Then he evaluates the vibe of the audience and does the routine he thinks will work best. Then when things are going well, he starts to flow into more spontaneous interaction with the audience.

Like a stand-up comedian, you can deliver a few funny things to start off and then get into a natural flow of conversation once you break the ice.

I encourage you to open your mind to new ideas on how to talk to women, starting with scripted openers.

“OK, let me ask you guys a question. It's a really important question. Would you date a guy who listens to Disney music?”

My friend went on a date with this guy and she really liked him, but then he put on Disney music in the car. She totally stopped liking him after that.

Another friend said he would date a girl who listens to The Jungle Book but said he would draw the line at Winnie the Pooh. He said that would be a bit much.

Where would you draw the line? How about if it was Yanni versions, and you could barely tell it was Disney music? Or maybe if David Bowie was singing it?”

“OK, let me ask you guys a question. It's a really important question.

My friend is saving for a monster truck so he can pick up girls. Do you think it's gonna work? Do girls like guys in monster trucks?”

What if there were flames on the sides? Then would you be into the monster truck? Why are tough guys always painting flames on their car and getting flame tattoos? The satin flamey button-down shirt has to be the worst. I hope you guys have never hooked up with a guy in a flamey satin shirt!” 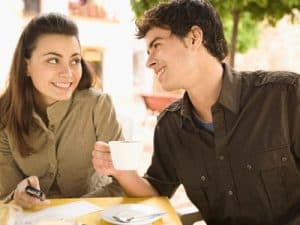 Opening lines that use public figures or celebrities

“OK, let me ask you guys a question. It's a really important question. Do you think Oprah Winfrey is hot?”

“Cause my friend has this crush on Oprah, and something is just not right about the whole thing.

He's 25 and she's a thicc middle aged woman. I'm thinking maybe he likes her for her money. I mean she does have a lot of money. Would you sleep with Oprah for a million dollars? How about ten thousand? What if she just wanted to cuddle? Would you cuddle Oprah for ten grand?”

“Here's the deal, I've been looking around this place, and I've come to the conclusion that you are the only girl here who's cute enough for me to even talk to. So great, now we're talking.”

Was it helpful to have multiple examples like this? Are you getting a sense for the purpose of an opening line?

You can use the one that's best fitted to your personality and feels more like your style.

Now, once you have the opening line in place you want to make sure that you can continue to keep the conversation going in a playful way.

This is called “bantering”. Women go gaga over a man who is confident enough to banter with them. It really can do the heavy lifting and make her attracted to you, simply because it communicates you can hold a conversation like a man.

That's why I created my Banter Guide where you can learn all the bantering tools to take a stale or awkward conversation into one that's oozing with sexual undertones.

You can check it by going to winggirlmethod.com

The last female friend you will ever need.