Out of everything that you can possibly do to attract a woman, there’s one thing that women crave from a man and will make the biggest difference.

You see, there’s one thing women crave in a man more than anything else. And it’s got nothing to do with looks, money, height, or social status. What I’m talking about right now is perhaps the biggest female “turn-on” of all time…

And if you’re able to do this one thing correctly, you will magnetically attract women – without even trying. Even if you think you’re not attractive enough for beautiful women, trust me, this one thing has the potential to get you any woman you want.

It’s truly that powerful. And it’s something that any man can do, but unfortunately, most guys don’t. So pay attention because you’re about to discover the most powerful way to build attraction with women.

We don’t even do it consciously. It just happens. By instinct. If you project enough of this quality, you’ll be considered sexually attractive. If you don’t, you’ll be instantly disqualified. That’s why it's crucial that you learn to broadcast this quality of assertiveness. And I’m going to tell you how.

Now that you know how being assertive makes you attractive to women… This article will be focused on showing you simple ways to display this powerful trait. Starting with…

Assertive men move in a slow, relaxed manner. They are almost never in a rush. Rushing or moving fast subconsciously signals to others that you’re threatened. That’s you’re afraid of something.

On the contrary, moving at a relaxed pace gives the impression that you’re completely secure. You’re in control. You’re in a position of power. And that’s sexy. 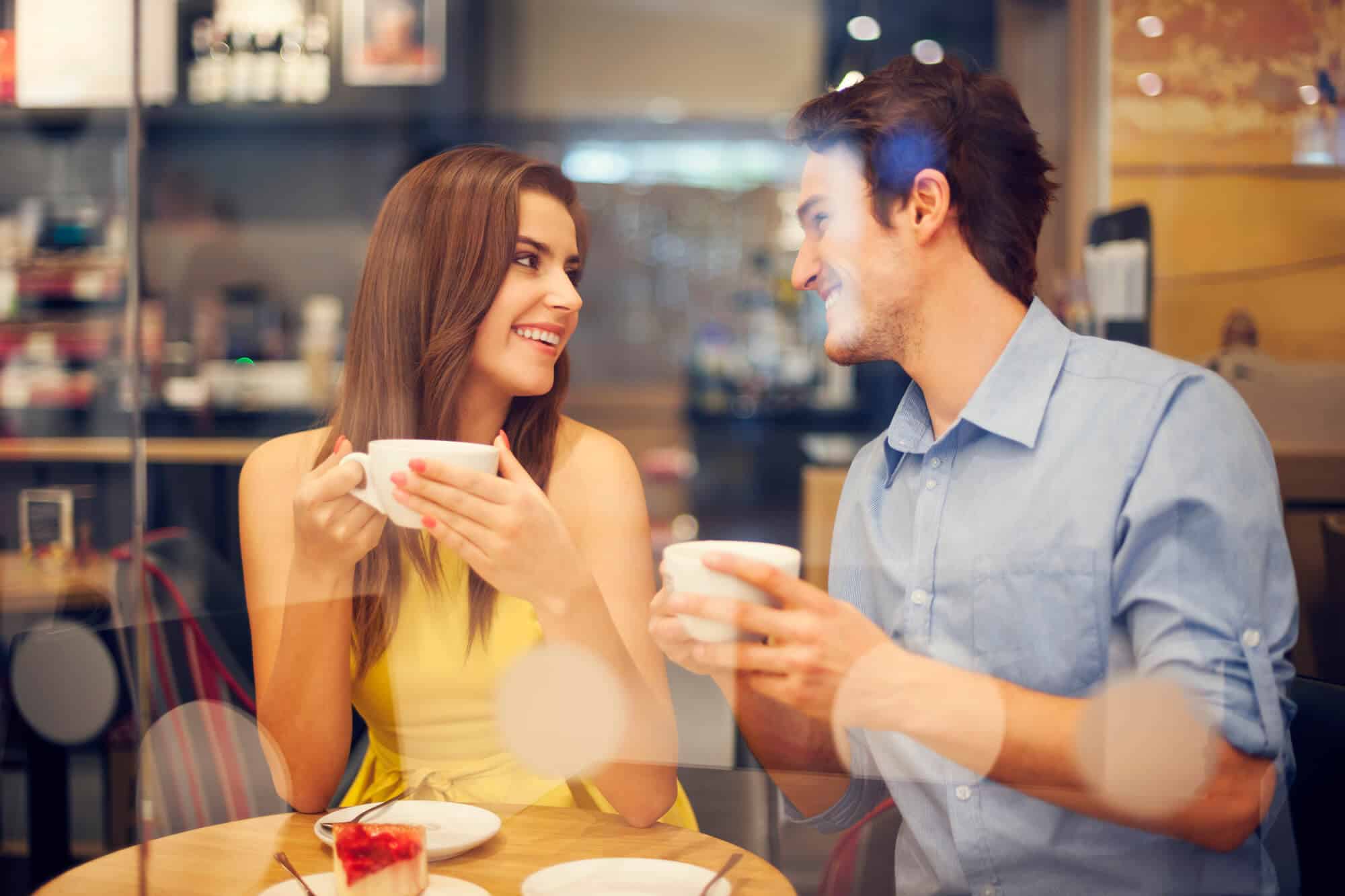 Not rushing is something that also applies to your speech. You’ll see that when people are nervous, they tend to talk fast and fumble over words. This is unattractive because once again… it signals to others that you’re threatened.

That’s why you’ll never see a strong, assertive man do this. Assertive men speak slowly. And use pauses between words. In other words, they take their time. They’re in no hurry.

Now you might worry that speaking slowly and pausing often can lead people to cut you off or lose interest in what you have to say… The way you can prevent this is not by rushing to finish or giving up on what you have to say. Instead, you should continue to speak in that same slow speaking cadence until you at least finish your sentence.

On the contrary, using downward inflection more often makes you seem more confident and powerful. Which obviously makes you sexy.

And it basically means checking in with the audience or the person you’re talking to… and analysing their reaction… after you say or do something. So for example, if you crack a joke while talking to a girl, reaction-seeking body language would mean pausing and checking if she finds it funny or not. This “checking in” is fine if you do it sparingly.

Assertive men don’t have reaction-seeking body language. Every time you come across a man who’s highly assertive, you’ll notice that he doesn’t check in that often, if ever. When he’s communicating with you he’s simply focused on expressing himself candidly. He’s not looking for any favourable reaction.

In fact, he’s not seeking any kind of reaction. This non-reaction-seeking behaviour sub-communicates to others that you’re sure of yourself. You’ve faith in what you say and do. You’ve faith in your value as a man. And that faith or belief makes you seem incredibly powerful and confident.

I’ve said before how eye contact builds connection. And is a great tool for flirting. But the other benefit of being able to hold eye contact is the demonstration of assertiveness. When you’re scared or intimidated by someone, your instinct is to avoid eye contact. When someone sees you avoid eye contact, they subconsciously assume you’re afraid or that you feel threatened.

On the flip side of that… When you’re able to hold eye contact, it shows confidence. It shows that you’re not intimidated. And that’s very powerful. In fact, holding eye contact is especially powerful in highly tense situations. Like when you’re talking with a woman and you say something flirty. That’s a moment where some tension is created.

The average guy might look away immediately after he says something flirty. Or maybe he doesn’t even look at her while saying it because he’s so nervous. But a strong, assertive man will look at her and hold that eye contact for 3-4 seconds before breaking. The same goes when you first approach a woman. I’ve been on the receiving end of many approaches. And I know many women who have as well.

We can all tell you that most guys are scared to look us in the eye when approaching. Even if they do at first, holding eye contact is something most guys struggle with. And it shows how afraid they are. And trust me, it’s a big turn-off.

One thing you’ll notice when an assertive man speaks is that his word choice shows conviction. It shows certainty. For example, when he talks about the future, he won’t use words like “I hope to” or “I wish to” or even “I want to”. He’ll say “I will”.

I’ll give you a real-life scenario that will explain this better. Let’s say you’re at a club. You’ve been talking to this girl all night. And you want to take her home. Many guys in that position tend to say something along the lines of…

“Hey, so and so, would you like to come to my place for an after-party? It should be fun!”

While this might seem polite… The problem is, it lacks conviction. It makes you look a little unsure of yourself. An assertive man in this situation would say something like…

“Hey, let’s go back to my place for an after-party. It will be a lot of fun!”

See how much better this sounds? A few changes to the words and it has such a different effect. Now it seems like you’re sure of yourself. You’ve faith in what you’re saying. And when you show that level of certainty or conviction, a girl won’t just see you as a powerful and assertive man but also get reeled into your reality.

This means she’ll be more inclined to believe you and follow your lead. And that perfectly segues into the last thing I wanna tell you today… When you’re interacting with a woman, you must use…

This is the most important thing of all. Women expect guys to take the lead almost always. The more a guy leads, the more attractive he will be to a woman. Because leadership is at the core of assertiveness. In fact, I’d say assertiveness is basically all about showing confidence and being a leader. And there are many ways to take the lead.

If you wanna be attractive to women, you must be able to show confidence and take the lead in almost all situations. That’s why my program How to Become a Man Women Want… is designed to develop a man’s confidence and leadership skills before anything else.

In that program, you’ll find the proven game plan to build unshakable confidence and become a powerful leader in 30 days or less. As a result, in just 30 days, you’ll become the most attractive version of yourself, and finally, start getting the women you really want. If you’d like to check out this program, the link is in the description below.

The most interesting part about this program is that it doesn’t just give you powerful tricks and tactics to build confidence, lead interactions and attract women. It shows you how to turn those tactics into an unthinking habit. So that you don’t have to remember to do a certain thing… You’ll do it automatically. You’ll naturally exhibit behaviours that women are wired to find attractive.

That’s why the program is called How to BECOME a Man Women Want. It doesn't give you a bunch of pick-up lines and techniques that you’ve to remember and “perform”. Instead, it shows you what behaviours are attractive to women, and injects that into your brain so that it becomes a habit… So that you literally “become” a man women want, in 30 days or less.

Most guys are stunned by the transformation they go through after this program. How all of a sudden… they’re so irresistible to women. But it’s all methodical and based on the psychology of female attraction. There’s no magic pill, even though it feels like one. Check it out for yourself if you want.