What attracts women to men? Dr. Jordan Peterson, who you may have heard of…

Breaks down a scientific study he did… that reveals if women actually want men with money.

The findings of this study will surely surprise you.

So they took a picture of one guy and showed the same photo to 4 separate groups of women.

But for each group, they gave a different backstory for the guy(the same guy).

The first group was told that the guy was rich, but had no competence or usefulness. He simply won a lottery and so he had money.

Next, the second group was told that the guy was poor but useful and skilled. He worked at a non-profit and helped it grow.

The third group was told the guy was poor and useless. That needs no further explanation, of course.

And the final group was told the guy was rich and useful. So he had money and was a skilled or competent individual.

Now they repeated the same process with the photos of several guys.

They either picked the version of the guy who was poor and useful… or rich and useful. 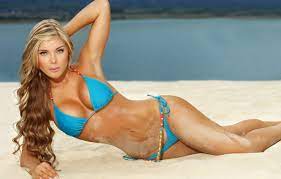 What attracts women to men?

The common thread is usefulness… or competence.

What the researchers concluded was what women were really after was a guy who's BOTH useful and competent.

Not necessarily a guy with money. Because no one picked the rich and useless guy.

Now, this is where I want to expand.

All these years you might've believed that women want men with money.

If you don't have it, you'll have trouble with women.

But the truth is…

What attracts women to men…

A man who can get things done. The kind of man who's skilled enough to acquire whatever resources he needs.

He doesn't necessarily have to have a million dollars in the bank.

Now you may ask “Well, Marni, then why do women SAY they want to date a rich guy?”

Well, simply put, it's because of flawed thinking.

Most women and even men to be fair have a bias towards rich people.

Unless we're given more information… 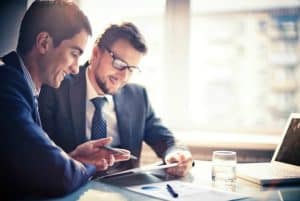 In fact, let me prove that to you right now. Imagine you're about to start an online business.

And you need a freelance website developer to build you a site.

And here's all you know about them so far.

Candidate A was paid $500 for each of his last 5 projects.

Now regardless of which one you can afford for your business…

Would you or would you not assume that Candidate B is more competent?

I’d bet, even though there is zero information about their skill level and results…

…like most people you would guess Candidate B has higher competence.

And that's what happens when women say they want a rich guy.

It's flawed thinking which leads to an inaccurate expression of what we actually want.

We might say we want to date a rich guy but what we really want is competence, not money.

Why exactly is that?

Well, there are 2 main reasons. 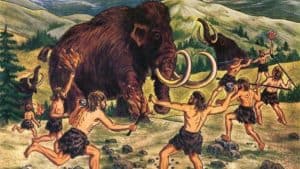 In the primal times…

The cavemen were solely responsible for hunting food and gathering other resources.

So obviously, cavewomen only wanted to mate with cavemen who were most capable of hunting and gathering.

It would ensure that they and their offspring can survive with minimum possible trouble.

Or in other words, they’d have a stable life.

Women are more than capable of gathering resources by themselves.

And can easily be the main breadwinner of the family.

BUT, when it comes to who we're attracted to, things haven't really changed.

We're still attracted to men based on our primal instinct.

Men who seem competent and capable, are still who we seek as sexual partners.

Reason #2: The Natural Appeal of Competence

Here's a fact about human nature.

You see, every human being is fascinated by and attracted to competence.

If we see that someone is good at something, we can't help but be impressed.

This is why people worship world-class athletes, movie stars, music icons, and so on.

It's not exactly because they're good-looking people with good physiques and lots of money.

It's mainly because they're competent.

And more importantly, their competence is widely advertised, 24/7.

You see them do what they do…

You hear others talking about them…

And this keeps the fascination growing.

On the other hand… look at movies and TV shows…

99% of your main protagonists are made to be highly competent people.

For example… think of James Bond.

First of all, he’s a great spy.

He’s shown to be strategic, smart, and courageous.

But on top of that, it’s also shown that he’s amazing at driving cars. He can speak different languages, he's great at chatting with the ladies, he can dance, he can fight, he’s a master at poker.

And probably a hundred other things.

Same with other famous characters as well.

Tony Stark from the Marvel movies…

Whichever TV show or movie you look at, you’ll see that the main character is made to look highly competent at something.

And that’s because screenwriters understand that all humans are drawn to competence.

If you want to date beautiful women… 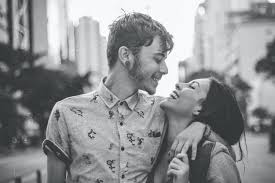 Don't worry about how much money you make.

Instead, aim to be a capable and competent person. That's what attracts women to men!

You don't even have to be good at a hundred things like James Bond.

But if you can be good at your job… If you can do the basic things in life like paying your bills on time, taking care of yourself, cooking, being passionate about something, etc.

Maybe have a few hobbies on the side…

You're bound to be attractive to women.

The science is in your favor.

Also – speaking of things to be good at…

There's actually one skill that would help you the most if you want to attract women – fast and easily.

And that’s flirting; the ability to ignite sexual chemistry.

Unfortunately, most guys SUCK at flirting. They can’t flirt their way out of a paper bag.

And as a result, they find it extremely hard to get a woman interested in them, sexually.

But as your personal wing girl, I can’t let you be one of those men.

That’s why I want to show you the most effective formula for flirting with any girl you like.

This formula has been tested on over 5,000 women and has proven to work like magic.

You just follow the formula, and there’s instant sexual chemistry between you and the girl you’re talking to… And you'll know without a doubt what attracts women to men! In real time!

She’ll be excited and turned on.

She’ll think “There’s something about this guy. I don’t know why, but I NEED more of him”.

This basically means… she’ll be ready to date you, and even indulge in sexual stuff with you, without hesitation.

So, if that sounds like something you’d want (and I know you do)…

And find out more about my simple flirting formula.

You’ll be led to a brief video where I reveal all there is to know about it.

And once you watch it…

You’ll possess the power to spark sexual chemistry with girls of your choice… at will.

This means you’ll be one of the very few men capable of getting dates and sexual encounters, with gorgeous women, on-demand.