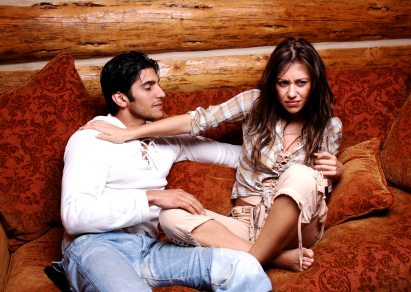 A lot of guys ruin their chances with women by having “multiple personality disorder”… They learn all these “tricks” and “moves” from pick-up artists which makes them act completely fake, and never actually shows the woman who they really are. Let me explain how to stop hiding behind these fake personas and bring out the man you really are to attract the right kind of woman.

Have you seen the new M. Night Shyamalan movie Glass?? A couple of my girlfriends dragged me to it recently. (I’ll admit, their main reason for going was to see a shirtless and ripped James McAvoy.) And while I didn’t think it was the greatest movie ever, it did spark an interesting dating debate.

If you haven’t seen it, McAvoy plays a character with 24 different personalities (due to dissociative identity disorder)… Including one known as The Beast, who may or may not be a super villain. After the movie, the three of us discussed it over drinks… And joked that the character was like a lot of men we’ve encountered in the dating world.

Because just like this character had endless personalities and you’d never know which one would show up next… So it is with some guys when they’re trying to pick up women. Instead of just being themselves and letting us see their own natural and authentic personality… It’s like they switch between all these fake personas from one minute to the next, hoping that one of them will work.

I see it a lot with guys who have studied PUA material. They’ve often swiped a bunch of random lines and techniques from other people, without any of it really fitting together… So when they talk to us, something just feels off. We can’t get a real sense of who they are, because they’re not being consistent. One minute we think we’re talking to Mr Bad Boy… The next he suddenly morphs into Mr Sensitive… And then out of nowhere pops Mr Hot Shot Career Guy.

The problem is when these things all contradict each other, and we simply have no idea who you really are… Nor do we trust anything you say, because none of it is congruent. It can feel like everything you say has the intention of trying to make us like you, or manipulating us in some shape or form…

Rather than simply being a genuine expression of who you are, and what you think or feel. This can also manifest as changing your opinion on things to try and agree with us.

Girl: You’re into them? I think they’re pretty lame and sucked at the Super Bowl.

Guy: No, uh, I mean I used to like them but I don’t anymore. You’re right, they are pretty lame.

Here’s what these guys don’t realize.

Having a different opinion to us won’t kill our attraction for you. But being too weak to stand behind what you believe will turn us off faster than you could ever believe. Instead of caving in like that, you could challenge us on it. Something like this would work much better:

“What? You DON’T like Maroon 5? Ok, you’re cute and all… but your taste in music clearly sucks. I’m gonna have to break up with you right now.” (Of course you say this playfully with a smile on your face.)

Show us that you’re not scared to stand up for yourself… Because if we see that you fall to pieces just talking to a girl, we’ll wonder how you handle everything else life throws your way.

But when you remain firm, at least we’ll respect you as a man, even if we don’t agree with you.

Now, when you do this right… in many cases a woman will backtrack and change her opinion to agree with you, telling you she was just kidding. Trust me, this is a MUCH better position for you to be in… and you’re a step closer to getting her in the position you want her to be in. Having a strong, consistent personality and sticking to your beliefs are all part of being the man that women naturally want.

It’s this kind of grounded masculinity and unshakeable confidence that attracts us to you like a magnet… And, it’s something that can be learned, no matter who you are… or even if you feel like you’ve tried everything else without success. Because it’s not about adding something new to your personality… it’s about revealing the awesome personality that you already have. That’s why it works for every man who puts it to the test, and why it’ll work for you too.

Click here now if you’re ready to become the man that all women want.