Why Women Are Bullshit Artists And How To See Through It

Sometimes what women SAY they want in a man, is not what they REALLY want.  A.K.A BS.

But it’s unconscious BS and women should not be blamed for this.

Let me tell you a story so that you can fully understand what I’m saying.

Again – no pouncing just yet!

As a Wing Girl, I’m always very curious about what women think, want, and SAY about men.

The other day my friend Jessica was over and we got into a conversation about a concern one of my recent clients had.

He was worried about his recent unemployment and how that would affect his dating life. 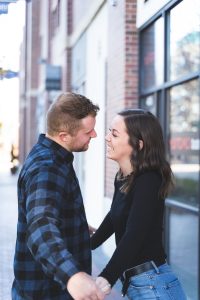 And I of course went into more detail with him, but before I could elaborate my friend Jessica chimed in with I would NEVER EVER date a guy that was unemployed.

I challenged her a bit, but she stuck to her opinion on this.

Cut to a few nights later and Jessica and I were out for drinks. Something I rarely get to do anymore, so I was happy and in top form.

Oh, by the way, Jessica is single.

As I’m enjoying my first Margarita, Jessica points out that there are 2 cute guys here and wants me to get them to talk to us.

BTW – I’m also a Wing GIrl for my single girlfriends.

So I went over to them and start talking.

BUT when I went over I also told one of the guys that I knew Jessica thought was attractive, to slip in that right now he’s unemployed but to do it in a really sly confident manner.

Not right away, but at some point.

I bring the guys to the table and we all start talking.

Jessica gravitates to the guy I knew she’d like and I talk to the other guy. 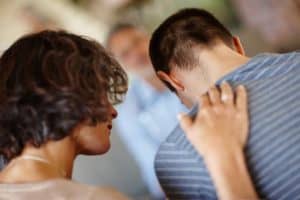 What she ACTUALLY thinks about a guy who is unemployed

About 10 minutes in I overhear the guy telling Jessica that he’s not working right now and he’s bummed about it, but he’s actively looking for work and loves what he does.

I look over to Jessica and with no surprise, at all she couldn’t care less about his unemployment.  She’s leaning into, playing with her hair….

Doing everything she can to comfort him about being unemployed.

Cut to the end of the night when Jessica is in the corner, making out with this guy, AND then another cut to 1 week later when she goes on a date with him.

What have we learned today?

Women may SAY that they like or dislike certain factors about a man, but that is OUT OF CONTEXT.

It’s just a flat idea of what they ideally would like and not like in their lives.

Once a woman meets you in person, she will be open to all of your positive attributes and attitude when reconfiguring her “wish list” to match what YOU bring to the table.

So next time you’re online and you see a woman's list that she wants to date a guy who’s over 5 feet 10, employed, and between the ages of 35 and 45.

Don’t take it as a hardcore fact and a deterrent for you if you don’t fall into that category.

As Cher Horowitz said in my favorite movie of all time CLUELESS when receiving her grades from teachers.

“Never accept the first offer. These grades are just a jumping-off point to start negotiations”.

Don’t just accept the first offer from women.  State your case. Show your wares. And see if there is space for negotiating.

Men who understand how women work will always have the upper hand with women.  Let me give you a constant upper hand.

If you’re interested in having the success with women you want, but think you can't have then here is what I suggest….

I’ve put together a free 45-minute video that will show you the way to getting everything you’ve ever wanted with women.

Remember, finding the right girl doesn’t have to be hard when you understand how women actually work.