3 Things A Hamster Can Teach You About Dating

I learned what women want from a man from an unusual and unsuspecting creature – but the lessons were undeniable.

I was at my friends' house the other day when her daughter Sally dragged me down the hallway into her bedroom while saying:

“Aunty Marni, come and see what Pepe can do.”

The room was littered with half a dozen hamster cages, each with a single occupant.

“Pepe, come on out and say hi to Aunty Marni,” Sally said as she opened his cage door.

The little hamster sat there. Looked at us both suspiciously.

But then he crept closer to the door and Sally’s outstretched hands on the other side before climbing up and out, resting in her 7-year-old palms.

“See Aunty Marni, he did it! He’s my favorite now out of all of them.”

Yet when I was at Sally’s place a few weeks before, Pepe was her least favorite hamster.

She’d gotten them all as a Birthday present, and the other five were all affectionate with her right away.

He never willingly came to Sally, which frustrated her and she didn’t feel the same bond with him as the other hamsters.

Yet after three months of failed attempts to coax him out, one day he finally relented.

Sally was over the moon.

That one action cemented him as her favorite out of all of them, something that’s unlikely to change.

When I saw this, I couldn’t help think that it’s just like dating.

There's a lot of wisdom here, and a lot about women from this tiny little hamster. 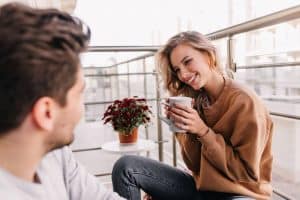 He didn't give his approval and affection from the start

You see, the reason Sally now feels more strongly towards Pepe than the other hamsters is because he didn’t give her his approval and affection right from the start.

She had to work for it and build the relationship on his time and his terms.

She had to put in the time and effort to win that from him.

But once she got it, it was so much more rewarding than the other hamsters who gave it to her for nothing.

And as women, we feel the same way about the men we meet.

When a man gives us everything right away, there’s no challenge.

We know that we haven’t done anything to earn his affection, yet so it feels cheap and shallow.

And honestly, it makes us feel like he’s kind of desperate and has no other options.

It’s similar to going to a job interview and as soon as you walk in the place, the interviewer says, “You’re hired”.

They don't ask you any questions. There's no conversation. They don't want to find out anything about you or if you’re even qualified.

If that happened, it’d set off some pretty big red flags, right?

You’d probably think it’s a pretty crappy company if they have zero criteria that employees have to meet.

Well, that’s how we feel when a man is 100% sold on us as soon as he sees us it stinks of desperation, and we never fully trust his motives.

Instead, what women want from a man is to be more like Pepe.

I’m not saying that you should take 3 months to warm up to a woman.

But don’t be so eager to give women all of your approval right out of that gate. 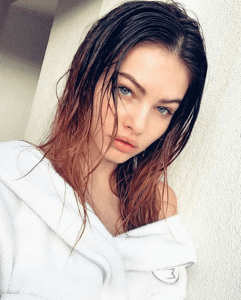 Give us the chance to win you over

What women want from a man is to let us win you over a bit with our personality so that it feels more meaningful when we finally do get you.

Remember, people don’t value something if they get it for nothing.

However, you can’t show zero interest in us either.

Because if it feels like there’s no chance of you being into us, then we won’t waste our time thinking about you.

Rather, think of it as a balancing act between showing your interest and being a challenge.

At its core, this is what good flirting is.

It builds excitement and tension by hinting that something may happen, but also suggesting that it won’t.

The problem is most guys don’t get this balancing act right.

Their attempts at flirting often do more harm than good.

That’s why I created the definitive guide to flirting, The F Formula.

It shows you a foolproof system for flirting that works for any man, regardless of past experience or skill level.

And start creating the kind of intense sexual attraction that makes us obsess over you.

You can’t afford to NOT have this skill

Guys who understand this about women are incredibly rare… 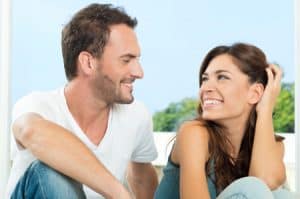 If you’d like my complete arsenal of flirting tactics, techniques, and mindsets…

I’ve put together a free 10-minute video for you where I reveal my blueprint for effortless flirting, attraction, and escalation.

And will turn you into a flirting god without having to learn anything complicated or unethical.

Go take a look at free 10-minute video by going to https://www.winggirlmethod.com/flirteffortless

It’s going to take you to a page that looks like this, just fill out your information, and boom, I’ll show you the 10-minute free video.

Not only will you discover what women want from a man and what they secretly want, but won't tell you (the kind of things only a fellow woman could ever know)…

You’ll also see exactly how to communicate with us in a way that builds the kind of sexual tension we fantasize about every day.

To watch this free 10-minute video on how easily, quickly, and ignite feelings of emotional connection with any woman you speak to simply click the link below for all the details or go to https://www.winggirlmethod.com/flirteffortless