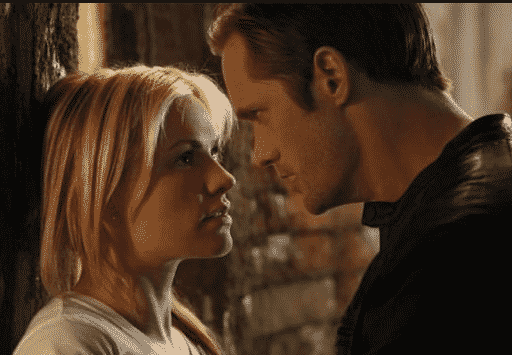 I've been getting a ton of emails about how to build and sustain sexual tension and excitement in your approaches and interactions.

I can tell you first-hand that this is one of the most important dynamics in any interaction.

Because if you're not building sexual tension… the interaction just dies out and goes nowhere.

Or even worse… you get filed away in the Friend Zone cabinet, never to see the light of day again in her eyes.

Here's what happens when you build sexual tension correctly:

She immediately sees you as a “sexual option”.

You no longer run the risk of appearing like a non-sexual entity otherwise known as “The Friend”.

If you've been building attraction over the course of the interaction and you move to build sexual tension, whatever attraction she felt for you will skyrocket 10x over because you've “turned up the heat”

There's nothing sexier to a woman than a man who's completely comfortable and confident in his sexuality and what he wants. As a bonus, if she isn't interested (there's no shame in this, by the way, not every girl is going to be interested in your for some reason or another) you'll find out immediately and not waste your time.

Doesn't that all seem awesome? 🙂

Well get ready because today I'm going to tell you exactly:

How To Build Sexual Tension And Excitement From The Get-Go

A word of caution first. These tips I'm about to give you are not a shortcut to getting girls to drop their panties at the first sight of you.

You still need to build attraction like I teach in my programs (you can find my de-facto course right here: https://www.winggirlmethod.com/special/htb/010/)

But if you want to build attraction AND tip the balance in your favor so you can have her hot and bothered within the first interaction… then read on.

Let me explain what I mean by “become a sexual man” before you start walking down Main street in a pair of chaps, oozing sex and creeping women out 😉

If you're building attraction, she's interested in you and wants things to escalate… then she will subtly bring up the topic of sex one way or another. Or something semi-sexual.

Now what most guys will do is act shocked and freeze if a girl flirtatiously brings up sex.

But you're not most guys. You're a SEXUAL guy.

Which means you don't become stupefied when a woman brings up sex.

Instead, you roll with it. Completely relaxed and comfortable with your sexuality.

“I love wearing thongs” she says.

The regular guy might try to laugh it off and shy away from the conversation.

You're the sexual man so you charge head-on.

“So what color is your favorite thong?” you say with a smile.

Or you could even throw in a little joke like “Me too. I'll show you mine if you show me yours.” with a little smirk and then say “so what color is your favorite thong.”

You can move from topic to topic, asexual or sexual.

This shows her that it's not a big deal to you and you won't judge her if she decides to make a move.

If you build attraction and then take her somewhere discreet where things COULD escalate and then you just build up the tension, most of the time… it WILL escalate.

3 things you can do to escalate the situation are:

Make touching each other a normal thing.

If you've never touched a girl in a casual way and she's never touched you, there's a pretty big gap from not touching to suddenly becoming intimate. Instead, if you're used to touching each other and the sexual tension builds up… intimacy seems like the natural next step.

Strong eye contact is incredibly suggestive, sexy and it builds the sexual tension like nothing else. Use it!

“Marni, what do you mean a “risque” story?” you're probably asking yourself.

So let's say you're in a secluded area, perfect territory for some naughty stuff.

You've built attraction, you're building the sexual tension with the touching and the eye contact.

And now you drop this one on her – “Damn… this whole situation is reminding me of something.”

“Nah… never mind.” you pretend like you're hiding something.

“Oh no come on tell me!” she playfully hits you. (BIG ATTRACTION SIGN RIGHT THERE BY THE WAY)

“I don't know if I wanna hurt your innocent little ears,” you smile coyly.

This is where you recount a sexy story of something that happened to you in the past.

Build up the tension. Don't jump into the sex part right away. Lead up to it.

It's even better if you don't ever talk about “the sex part” and just talk around it.

This is how you put her in a sexual state and make her that much more comfortable with being sexual.  Easing her into it and allowing her to choose her own sexual path.  (Remember: As a man you are always leading NOT pushing).

Make sure you don't judge the girl in the story or she'll feel like she might become part of your story to the next girl.

It's key to making her comfortable.

Principle 3: To be continued…

I've just realized while typing this that this is a LOT to take in and remember.

And I'm sure you're bursting at the seams hungry for more enticing bits of info.

In my next blog, I'm going to expand on these principles and give you some more “hot and ready” info to getting her in the mood to do just about anything you want.

I'm going to be giving you the inside scoop on what it takes to get a girl completely comfortable to take things to the next level.

BTW – not sure if you saw, but I have a BIG debate happening on my blog right now that I think you may want to be a part of.

The debate is whether or not you think it's good to compliment a woman on her looks.

Would love to hear what you think.

Go here to join in on the debate: