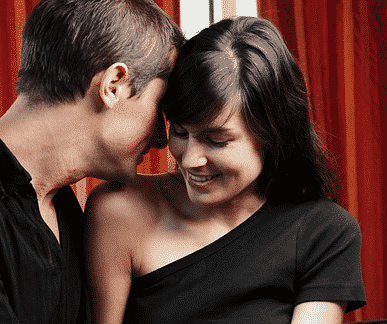 Yesterday I introduced you to Emily, our fantasy girl next door.

I introduced you to Robert, the smooth operator and Mr. Creep, self explanatory – OBVIOUSLY.

(If you have no idea what I'm talking about, don't panic! See part 1 here. You're very welcome.)

Their story is fictional but I see it in reality all too often.

Except Mr. Creep is 98% of YOUR competition out there.

Fortunately, that's good news for you because if you follow the example I set with Robert you'll be way ahead of all these guys out there.

But there's a catch:

Robert is the perfect example of a man who knows how to get things GOING with flirting.

He opens the door, but you need to know how to open her… well you know what I mean.

I want you to picture the most amazing Hollywood movie transition right here because we're going right back into the HEAT of the story.

So, the night is almost over and Emily is having the time of her life with Robert.

They've spent the night dancing and talking, she's never been more pumped and exhausted at the same time.

He's taken her to the back of the bar to sit down at a dimly lit booth.

“Man, you've really tired me out tonight” he says to her out of breath.

“Oh… I thought our night was just getting started…” she said teasingly.

You see, what most guys think is that sexual tension builds up in a matter of moments.

But that's just how a guy's brain works, they're always ready to go at a moment's notice.

A woman on the other hand… sexual tension builds up slowly but intensely.

All throughout the night, Robert has been building the sexual tension up and all he has to do is release that valve.

Emily wants him so bad.

“So I'm guessing you're not going to be able to give me anymore… fun tonight…?” she said to him.

She was testing him, to see how far she could go until he'd melt in her hands.

He looked her right in her eyes, completely unfazed.

“I don't know, I guess we'll have to wait and see.” he said unwaveringly.

Emily was about to explode.

She loved it when a guy wasn't easily manipulated by whatever she said, she loved the CHASE.

“Well… do you like me?” she said, trying to get an answer out of him.

He was stepping into a minefield, one false move and BAM.

Usually, a guy would be so excited by this point, he'd have a hard time choosing where to look.

But Robert was different. He was locked into her eyes and she could feel herself tingling.

Without saying a word, he reached over and started rubbing on her inner thigh ever so gently.

“You really want me don't you?” he whispered into her ear.

A tingle ran down her spine.

I'm not gonna tell you what she said because I think you get the message.

Short of a natural disaster, nothing could stop Robert from scoring that night.

If you can learn to do the same, you've got everything you need to build massive sexual tension with whichever woman you desire.

I'll tell you what they are in tomorrow's email.

One little note to add on:

A couple of years ago I did a crazy experiment where I invited 31 hot girls and 300 men into a room, and had the guys interact with the girls for 1 minute each.

After their interactions, I had the girls rate the guys on a scale of 1-10, where 1 means “ugh, get him away from me” and 10 means “I want him right now.”

And guess what? This one thing is something you can easily learn.

More tomorrow in the 3rd and final part of our little series. Keep your eyes peeled on your inbox!